For this review, I’ll just jump the gun and say that Turbo Lemon Cake by Revolution is not a “Work Weed” that allows me to sit at a desk with focus and no crash. But it’s a damn good sativa-dominant strain that deserves its trophy for Best Sativa Flower in the Illinois High Times Cannabis Cup Awards.

This powerful strain is a cross between three interesting strains: Sour Kush, Sour Diesel, and Harlequin. This batch boasted nearly 30% THC, and the Harlequin lineage added .14% CBD and .11% CBG. As I’ve mentioned over and over, I dream of a 1:2 strain that contains 25-30% THC and 12-15% CBD. Turbo Lemon Cake doesn’t contain that much CBD, but this would be a great parent strain to reintroduce more CBD, CBN, and CBG back into a new strain.

The olive green buds with bright orange pistils were well trimmed, as expected from Revolution, and bathed in white trichomes. Turbo Lemon Cake terpenes included the common caryophyllene, humulene, and limonene but also boasted alpha- and beta-pinene to deliver a multifaceted smell and flavor.

Though the smell and flavor was not overwhelmingly pungent, they were complex. The smell was earthy and sour with the diesel and spicy citrus in the background. The flavor was reversed with stronger spicy citrus, kush, and diesel flavors in the forefront and sweat, nutty, and spicy notes in the background. But each hit delivered a slightly different flavor. One hit was more spicy and citrusy and then the next hit was more earthy and diesel.

Instead of utilizing Turbo Lemon Cake while sitting at my desk for focused creative work, I found its effects best suited for running errands while out and about, binging television shows, listening to music, and accomplishing light physical work.

The cerebral buzz was strong and long lasting but often left my thoughts wondering off from work. Other than that, Turbo Lemon Cake met most of the other “Work Weed” requirements. The high had an energy to it but one that did not make my thoughts race or caused anxiety. In fact, I found the energy of this strain to be relaxing and carefree. My overall attitude was chill and untroubled but also motivated. With enough dosing, Turbo Lemon Cake eventually delivered an overall sedative feeling near the end of the buzz.

I enjoyed Turbo Lemon Cake’s body buzz the most. I found the relief similar to the effects I receive from my strong nighttime indica strains. But the sativa effects also had me happy to be out and about walking around with little to any muscle pain. Or binge watching television shows during the day and night. Though I won’t be adding Turbo Lemon Cake to my “Work Weed” rotation, I would definitely add the strain to my daytime non-work regiment for the stress-free high and heavy body buzz.

FDA Disclaimer: The statements made regarding these products have not been evaluated by the Food and Drug Administration. The efficacy of these products has not been confirmed by FDA-approved research. These products are not intended to diagnose, treat, cure or prevent any disease. All information presented here is not meant as a substitute for or alternative to information from healthcare practitioners. Please consult your healthcare professional about potential interactions or other possible complications before using any product.

Effects & Medical Attributes are based on anecdotal evidence. Individual experiences can be varied. 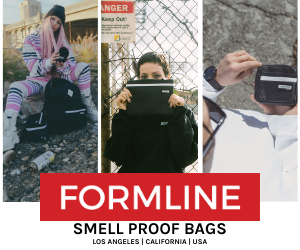